Will you be buying a Nazi Garden Gnome? 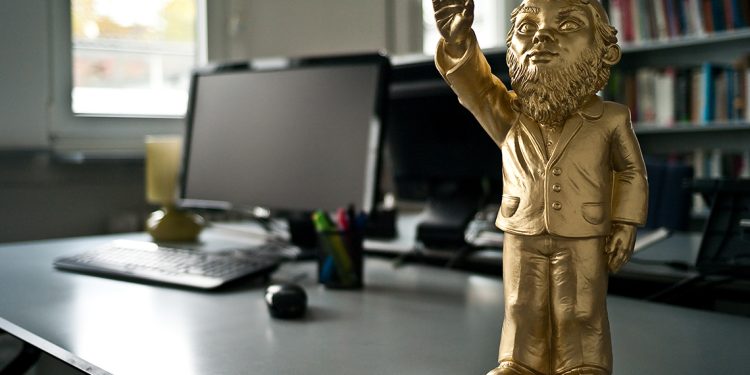 A german artist, Ottmar Hörl, has recently completed a project now exhibited in the Straubing town square. The display consists of 1250 garden gnomes all saluting an invisible Führer aimed at raising debate that fascist ideas still abound in the country. While Hörl isn’t necessarily seeking dissension, he warmly welcomes the ensuing debate.

Most of the nazi garden gnomes, appropriately titled the “Poisoned Gnome”, are made from black plastic but there are 20 that are also painted gold. Set out en masse throughout the public display it must be a formidable vision to behold and one that obviously begs controversy.

While Hörl doesn’t want to inflict his own ideologies on to his viewing patrons he does make this poignant remark;

The Poisoned Gnome reminds us that people can coalesce into large and dangerous groups if rituals and gestures are used that under certain conditions are more signs of contempt rather than being socially beneficial.

Certainly one can see that he is hiding from the debate (sic).

Regardless of the political views expressed, or not expressed – whatever the case may be, these darling little nazi gnomes will be available for sale via Hörl’s website once the display is finished. They will retail for 45 euros or signed by Hörl for 120 euros.

The big question is, “Will you be putting one in your garden?”

How to care for a Geranium plant (Cranesbill)