Can We All Be Sustainable Gardeners? 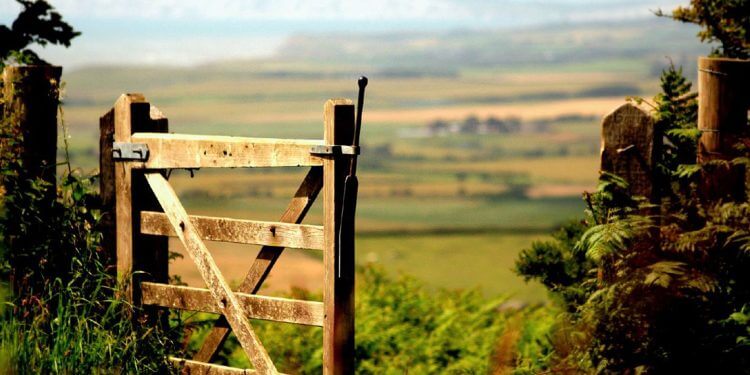 Open gate to the beauty

No, the question is not: Do we all want to be sustainable gardeners? But, if we were serious about the environment is it actually POSSIBLE for us to be self-sufficient for our food intake? Is there enough land that we could all have a large enough plot of soil to grow all our dietary needs?

Greenspree.ca calculated the amount of land required for a family of four to feed themselves as only 1/4 acre. One quarter of an acre – that’s all.

And according to prodigy.net – taking into account that the world’s population has now surpassed 6.6 billion – there is enough arable land for each person to have their own 1/2 acre.

That means a family of four would be entitled to 2 acres each. With two acres (.8ha) this family would be able to grow enough fruit and vegetables, raise cows, poultry, a few sheep and even grow some grain crops. More than enough to satisfy their needs.

Can you imagine it? You wake in the morning to milk the cow, check for eggs, till some soil with your pair of oxen and harvest some fruit all before breakfast. Romantically nostalgic, isn’t it?

While this concept remains in some abstract theoretical debate we can imagine all sorts of scenarios. The problem with this notion is the personal ramifications for each individual.

Starting with dividing up the land: who gets the prime coastal real estate? And who will have to endure the hardly arable desert areas that will struggle for rainfall every season? I’ll be pushing for the former, that’s for sure.

It’s an interesting idea that we could all be self-sustaining but if our goal is only producing our needs then life could become somewhat …dull! Everyone would be so consumed with providing for their own consumption that we would miss out on a myriad of treats and benefits. Even this computer screen you’re looking at will probably be the last one you ever see – the company that built it has now closed its factory so that it too can become arable land.

Is self-sustainability too great a concept to grasp? Or, is it just for the privileged few that can afford a 1/4 acre property?

What Would You Like To See Here on GTNI?

What Would You Like To See Here on GTNI?