Finding a Metrosideros for Your Garden 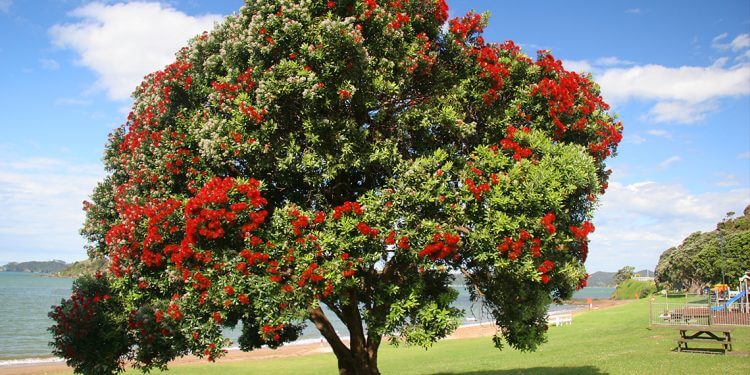 A Metrosideros is a medium size landscape tree or shrub that has the common name of Pohutukawa, in the Maori culture. This tree is also known as the New Zealand Christmas Tree. Most commonly, it is used for privacy, as a screen or fencing, but due to its appeal, it is also used in landscaping. It is perfect for park applications and it can be shaped and trimmed. Its ornamental purposes are due mainly to the annual orange-red flowers it produces, and to its fine shape – an oval shape of medium size and light green foliage. It grows usually about three meters high by two meters wide.

The Metrosideros is tolerant of the semi arid or more arid climates, and can survive on less water. As it is used to the Mediterranean weather, it can take winds and the coastal sea dew. One of the best features of this tree is its resistance to pests. However, it does not do well in cold or frost weather, as these conditions seem to affect it. It does well in many soils, including alkaline and dry soils. Its growth is slow, but steady.

How to Care for a Metrosideros

The care for the Metrosideros is easy as long as it is planted in a sunny part of the garden and where the soil is well drained. It does not require much watering, and the pruning should be done after the flowering period, usually after summer. It can be fertilized during spring and summer. This shrub is also suitable for large pots or tubs. It is a beautiful shrub and makes for a nice addition to your garden if you want that pop of color. However, if you live in an area which has a long period of cold weather and frost, this tree is not suitable for that particular climate.

If your climate permits this beautiful and hardy tree, the Metrosideros will certainly add an appeal to your garden. There are many varieties of this shrub such as Metrosideros Collina Tahiti, Metrosideros Fiji Fire, Crimson Glory, Red Baby, to name a few, but there are more than 60 species of Merosideros and they are usually found in the New Zealand and the Pacific Island regions.

Where to Buy Metrosideros

There is a variety in the United States called Metrosideros Polymorpha var. Polymorpha, native to the state of Hawaii. This tree is seen near the beaches, in the coastal areas, and it presents a colorful and picturesque image against the blue ocean when in full bloom, a sight to take your breath away. The beauty of this tree relies in its color contrast as well as the shape of the rounded leaves. Its compact appeal also adds to its beauty. Many gardeners are fans of this tree, although it does not need much effort or tending, but adds a gorgeous sight to any garden.

Although not seen a lot throughout this tree is well-known by many, maybe because of its New Zealand name or because it is seen in many coastal pictures on travel sites and vacation spots in the Pacific Islands.

The Art of Growing Liverworts

How to Grow Begonia Plants

How to Grow Begonia Plants