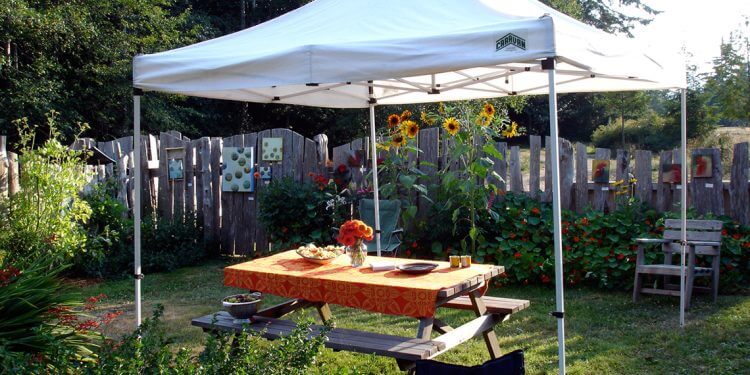 Most home gardeners buy garden canopies to add some shade into their yards. They erect them over the deck, patio or paved area hoping to flee from the boiling sun that threatens to malign their sensitive skin. With shade overhead, the sun no longer has its bite and people can sit all day under these canopies without being seared to death.

Yet the obvious benefit of a garden canopy is also its downfall. Shade = no sunlight. While this may good for the purpose a canopy was intended invariably we forget to pull them down once we no longer need them. A day or two …or three… months passes and before you can blame the kids for leaving it up the lawn has now perished due to lack of sunlight and the plants subjected to its cover appear impoverished and neglected.

You stop and consider your predicament realising that while shade is good for you and your family, your plants and garden aren’t as wildly positive about it. In fact, as you soon realise, they suffer because of it.

Garden canopies are intended to be erected for short periods of time – for example, the weekend at most. But, human nature being what it is we often forget to dismantle them until the next gale force weather warning interrupts our TV viewing.

So how can garden canopies co-exist with the garden?

I’m glad you asked. Understanding our own human laziness when it comes to erecting/dismantling a canopy we have to explore other avenues. Putting it up and pulling it down every time you want to spend some time relaxing in the garden is not a plausible option.
Instead, try achieving one of these options:

With a few rules in place, summer and garden canopies can co-exist and your garden won’t struggle from the increased shade.

How to Grow Plug Plants

When did you last LISTEN to your garden?

When did you last LISTEN to your garden?