Do Bonsai Have to Grow in Pots? 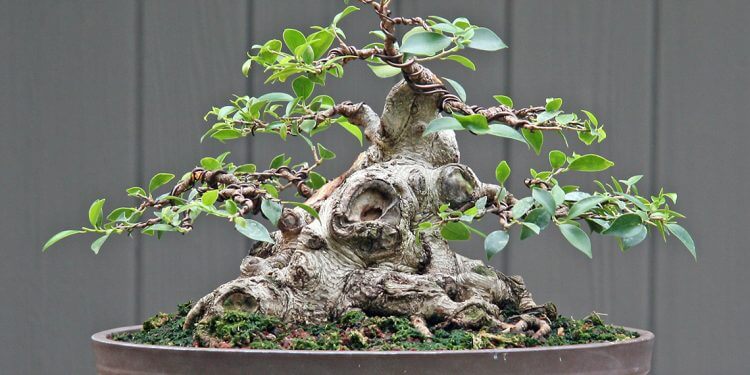 Before I answer whether Bonsai must grow in pots or not, permit me to assist in helping you find the answer for yourself. Sure, I could give you a straight “YES” or “NO” and that would solve the one question that’s been bugging you since the meaning of life entered your radar. But it would mean that this post was fairly shallow and somewhat lacking in any content.

So, you get to enjoy the long version.

When most gardening dictionaries or reputable gardening resources attempt to define bonsai they usually wrap it up this way;

“Bonsai is the art of dwarfing a perennial shrub or tree by pruning its foliage and its root system.”

Now, every gardener knows that trees and perennial shrubs can have their foliage clipped and pruned to miniaturise its shape and size. Topiary and hedges are a great example of this. Yet we also know that if we truly want to dwarf a plant then its rootstock must be reduced as well otherwise it continues to produce similar sized foliage, flowers and fruit.

While this is not impossible to achieve in a garden setting, as plants and trees can be dug up and transplanted quite readily, it isn’t an easy feat. Consider a sequoia that’s trying to being dwarfed – even at 2m high, a mere shadow of its natural glory, the process is decidedly much harder.

Trying to contain a dwarfing tree that’s been planted in a garden bed is not an easy proposition, even if you could keep it to heights that ‘normal’ bonsai grow to. The elements; rain, frost, the neighbour’s pet and gale-forced winds could easily decimate something that small that is unprotected. And, is that worth the risk?

If you still haven’t concurred with an answer then consider that the word Bonsai is made up of two parts; “bon” and “sai”. “Bon” is Japanese for a tray shaped bowl while “sai” is the name of an Okinawan weapon. Therefore, we get the definition that Bonsai is a “cut” plant grown in a “pot”.

While bonsai has entered our culture as a noun is often used as a verb as well. For example, we may say that we are going to ‘bonsai’ a plant – meaning that we shall shape it and restrict its growth. As a verb we could easily explain that bonsai-ing plants can exist either in a pot or directly in the garden.

However, the original word is a noun which defines an object: a miniaturised plant grown in a pot.

What is the Point of Composting

How to Propagate Grevillea

How to Propagate Grevillea