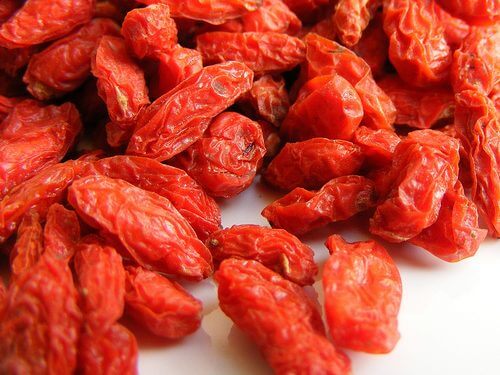 Dried or Fresh, Gjoi Berries are packed with health benefits

If you’ve been following the health industry with any interest you would have noticed a product called Himalayan Goji juice being touted as the next big thing in health food supplements.

We’ve seen it all before with mangosteens, acai and even hoodia gordonii and I’m sure goji berries won’t be the last.

Each of these so-called ‘incredible health supplements’ have surpassed each other making mangosteen and acai juice so yesterday! But, for the time being goji berries are the flavour of the month which entitles manufacturers of goji juice to charge a truckload for their products – apparently.

So, I’m not about to argue whether the hype is real or not but for those who are convinced it’s the health supplement of the century, let me show you how to grow goji berries.

Before you race out and buy some goji seed it may pay to read up on it’s preferred climate and history.

Firstly, as most overzealous marketers would want you to believe that goji berries are grown in the Tibetan Himalayas according to this report at least, it’s most probably not the case. It is far more likely that goji berries come from Lycium barbarum a plant native to China.

Having grown well in the UK since 1730 and now being tested by home gardeners in the US there’s reason to believe that goji berries could survive many of our gardens.

Goji berries are not keen on tropical climates but are able to stave off frosts in cold climate gardens.

How to grow goji berries

While many nurseries are now stocking goji plants the easiest, and by far the cheapest, way to start a goji is by planting from seed. If dried goji berries are available in your area then its possible to remove the seeds and germinate as you normally would for any seed propagation.

Once the seedlings have produced 3-4 leaves repot them and continue growing in containers until they are at least 15-20cm tall. When they reach this height they can easily be transplanted to their garden position in late autumn or early spring.

A good dose of slow-release fertiliser around their drip line in spring will help them with fruit set and encourage strong root growth.

How long do goji berries take to mature?

Lycium barbarum will set its flowers in summer to early autumn and the berries will mature by the end of autumn and into early winter. The goji berries start off green and ripen to a dark red and look similar in shape to tamarillos.

Of course, however they are not usually eaten fresh but are either cooked or dried. They are used extensively in Chinese cooking flavouring rice and wet dishes. However, they can be eaten dried and apparently are similar in taste to a dried tomato with the texture of a raisin.