Growing Lemongrass Means You Will Never Have To Buy It Again 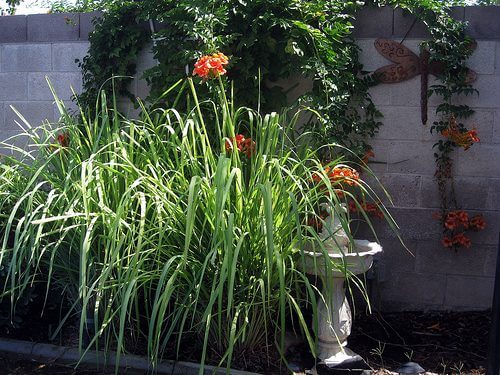 Growing lemongrass is not difficult, but it needs moist soil, light and warmth to grow outdoors. Some growers plant it in light shade or dappled sunlight, and some in full sun. The leaves are thicker in full sun and long and thin in shade. It’s a matter of preference.

Growing Lemongrass From a Stalk

Buy a stalk of lemongrass at an Asian market and put it in a clear glass container of water. It should sit in a well-lit place for roots to develop. Roots should sprout in a few days.

The stalk can be planted in a small pot with potting soil when the roots have grown a bit, and the soil should be kept moist to the touch, but not soaked. This can be done inside and the plant can grow a little before being planted in the garden.

The plant should be kept in a well-lit place after potting. When the frost warning has passed, if this is applicable, the plant can go outside into the garden and can be fertilised. Most growers use blood and bonemeal. This plant likes heat and humidity, so growing lemongrass in a hot climate is a successful venture.

If more than one stalk is planted when growing lemongrass outdoors, the stalks should be placed two to three feet apart.

When it starts growing, it will reach a height of about a metre and form a clump. Some gardeners say that if the lemongrass is planted near vegetables, the vegetables will be more flavourful.

Lemongrass can be grown in containers if there is no garden space. It is propagated by dividing the root ball of a mature plant and replanting the pieces, so once it is established, it can go on forever.

If the lemongrass is to be used, stalks are cut below the swollen, white ends, leaving the roots. Leaves are just trimmed off. This can be done during the growing season.

If you want to use lemongrass in your cooking then there are certain techniques needed to be employed. In order to get the most flavour out of your lemongrass the stalk must be bruised first not simply chopped. Like garlic, when a stalk of lemongrass is crushed/bruised it begins to release its flavour and allows this to escape more readily into your dish.

One plant can grow enough for about 12 cm of stalk to be used in a season. A plant is mature at four to eight months, and can be cut for use or divided for propagation.

Cleaning up the plant and ridding it of old, dried up parts should be done in early spring. The old growth can simply be cut off just above the root.

Some gardeners burn the plants, leaving the root ball intact. The new shoots explode afterwards, and the taste of the resulting lemongrass is just as good.

The soil clods should be broken up around the lemongrass plant and watering should begin when the weather warms up. Fine loamy soil is best, but fertilizer can enrich the soil and it should be well-drained.

Insects and pests do not like lemongrass, a real bonus for growers. Another name for it is Citronella, which is also a mosquito repellent.

In 2011, individual stalks of lemongrass were about $3.00, in Australian currency, and that was the price in various kinds of markets. Prices may be higher in 2012 if fuel costs for transport have increased.

This is a good reason to divide the root balls of plants and replant them. One stalk can get the whole process started and a gardener will never have to buy lemongrass again.

Sometimes the lemongrass plant grows flowers and sometimes not. Growers have had mixed results on this. Some cut the flowers off, since they are usually sterile anyway. Some leave the pretty white flowers for visual purposes. 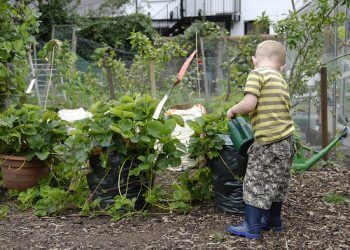 Really, How Thirsty Are Your Plants?