How to Stop Dogs Pooping on Your Lawn 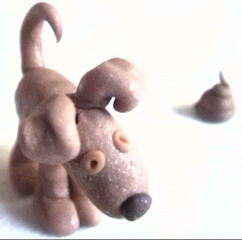 If you’ve ever had a rampant dog in your neighbourhood who enjoys nothing more that to spoil your manicured lawn in a defecating kind of way then you will have undoubtedly tried almost everything to stop him in his tracks. Vandalism of this nature can bring out the worst in any gardener. It’s hard enough to see a disrespecting youth throw their cigarette butt in your camellia hedge than have to endure this as well.

I think I’ve just about seen everything when it comes to remedies for keeping dogs at bay. So I hope to unveil some of the common ones and give some tips for effective ways to keep dogs doing their doo doo’s on their own lawns. In fact, it may make a good story for Mythbusters Jamie Hyneman and Adam Savage.

So, if none of these ideas work what will?You need to find out why the dog prefers your lawn over your neighbours. Perhaps the dog has some privacy from fences or hedges. Maybe the grass is greener or softer. Whatever it is try and experiment with changes to your lawn that may deter it.

There are some other more immediate responses you could make but I’m sure your imagination can concur those without my help.

The moral of the story – figure out why the dog is using your lawn and change it.