The Garden Fence: Being a Good Neighbour 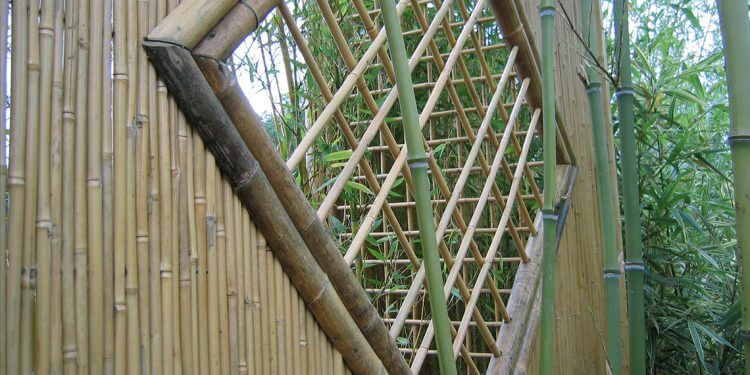 Most gardeners don’t build fences for the sake of it. There is always a reason. Some erect a barrier between neighbours, others try to block out unwanted views while some may build a fence merely as a decorative ornament. Whatever the cause, the garden fence has been as much a part of gardening as compost and earthworms.

I’m not sure how it works in other countries but in Australia the boundary garden fence is owned by both sets of neighbours. The installation, upkeep and maintenance and any legal obligations are shared by both parties. This can be good but it also has it’s down sides too.

For instance, our home was the last to be built in the street so our neighbours had already erected fences around their properties. With four bordering lots we found ourselves with four different garden fences. All similar style but each one was a different colour. Then we received four bills asking for our half share for the cost of materials and installation. Nice…

Yet, while these fences have kept our home and garden private we still manage to interact with the neighbours and sustain healthy relationships with them.

But for some, this isn’t always the case. The garden fence can actually become the common denominator in “neighbourhood rage”.
Most councils allow home owners to remove any part of a plant or tree that oversteps its boundary and invades your garden. Which is all helpful unless you have a crotchety gardener next door abusing you when you try to prune that invasive hardenbergia.

Or, worse still the neighbours next door have no intention or desire to garden and their unkempt yard produces more seeds than Yates. It’s worth checking your local council bylaws to understand your neighbourly rights on your side of the fence.

It’s not all bad though. In Britain it’s been reported that more than 50% of neigbours enjoy a gossip over the garden fence. Considering that our lives are becoming more reclusive and introverted this is an encouraging statistic.

Maybe we might consider building lower fences and be better neighbours in the future. But not too low just in case we see things we may not want to see.

Gardening Tools on a Tight Budget

Are You a Genetic Super-Taster?

Are You a Genetic Super-Taster?