You remember the movie “The Horse Whisperer”, directed by and starring Robert Redford, don’t you? For those who missed it, it’s a story about a trainer who was sympathetic to the needs of the horses he trained. He understood their deepest motives and could harness their inner strength in ways that others had failed to do. 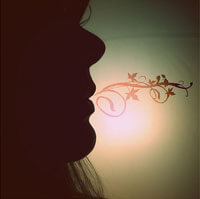 Then, it wasn’t long before we met Cesar Milan as the Dog Whisperer, rehabilitating aggressive dogs. If that wasn’t enough to dull the senses along came Jennifer Love Hewitt’s the Ghost Whisperer and the term “whisperer” became synonymous with anyone who had a certain gift communicating with animals and beings that normal people failed to enjoy.

So, I’m a little stunned that we haven’t seen the Plant Whisperer yet, or maybe they just haven’t been discovered to date. Maybe such a person exists but until they’re interviewed on the Dave Letterman Show or discovered by Oprah we won’t hear about them.

Or, maybe you know such a person. Or, even better, YOU are that person.

And before we all go jumping to conclusions that probably shouldn’t be jumped upon, perhaps we should identify some of the key factors that one might exhibit if they were the Plant Whisperer. Things like;

I’m not sure I’ve come across such a person but if I did I’m sure that they would have made an impression on me. What about you, do you know someone who might fit the bill?

Artificial Trees Could Save The Planet