As you start out on your gardening journey there is a basic list of tools that are needed: secateurs or garden shears, loppers, gloves, a wheelbarrow, garden spade and maybe a fork. That should get you started.

But, as all hobbies develop it seems our tool requirements change. No longer will a pair of utility garden shears cover all the jobs that we perform. They might be overkill for deadheading the daisies and underachievers when it comes to pruning thicker deadwood.

And with so many options available it becomes hard to know what each tool does and whether it can earn a permanent place in your tool shed. Too make matters more difficult, retailers are now offering multi-use tools which can perform a number of tasks with the one piece of equipment. But, should we expect that a universal tool can operate as efficiently as a purpose built one – the jury is still out on that one.

If you’ve ever tried to deadhead a mop of coreopsis you instantly realise that a pair of utility garden shears are more effort than they’re worth. After contemplating hedging the whole plant, removing the living and the dead, you come to your senses and think of other tools which might be more practical.

Fortunately, our gardening forefathers have pioneered this area already. Flower shears or scissors are the ultimate deadheading tool. They are designed to be easily maneouvred in your hand while deftly plying each dead bloom away from a neighbourly flower.

There are many types of flower shears from long-handled ones with similar sized blades to more ergonomic varieties offering a more comfortable fit.

Flower shears are a definite requirement for the gardener who is keen to produce many flowering plants.

For the bonsai enthusiast, using a pair of scissors or your garden shears may have helped you start. However, they soon become tedious to use when the intricacies of bonsai or ikebana are realised.

Bonsai shears are designed with fatter blades to help guide the pruner around the plant without accidentally snipping off an important branch. Their scissor action is similar to garden shears and hand pruners ensuring that the cut is straight and the branch does not get crushed.

This type of garden shear needs to be strong enough to cut through age-old boughs, roots and still remain agile in the hands of a bonsai gardener.

When you mention garden shears there is only one manufacturer who comes to name – Felco. Swiss-engineered and designed back in 1945. The company deserves its reputation after primarily targeting the development of garden shears exclusively and maintaining their quality for over half a century.

Garden shears and hand pruners are the mainstay gardening tool. Copycat versions have come and gone and you can always pick up a <$10 bargain at your local Bunnings or Home Depot. But, they never quite work as well as a pair of Felco’s.

Felco garden shears are worth the extra expense because they have a reputation to last and provide consistent results. They will definitely require a place in your tool shed, away from little hands and bigger hands wanting to de-limb their plastic toy soldiers.

This type of garden shear is the most common. Based on the scissor action the blades don’t necessarily need to be ultra sharp – just well-aligned. The blades themselves are shaped much like a bird’s beak and that’s not where the similarity ends. Mimicking nature, the blades remain in constant contact with the plant material throughout the complete action.

So you end up with a cleaner, straighter cut that is less likely to result in wounding the plant and allowing disease to enter. The action of using bypass pruners is actually easier on the hands as well because the leveraging from the blades do most of the work for you.

If you picture an axe hitting an anvil you will understand the way anvil pruners work. This type of garden shear is not the most useful in many gardens but has a specific purpose when cutting away deadwood.

The blade on this tool needs to remain sharp and will take some maintaining to keep it that way. However, when it is, the anvil pruner can effortlessly cut away deadwood where bypass pruners may struggle.

The rolcut pruner is probably one of the best examples of an anvil pruner but it also has the adaptation of blades that draw back and forth like a saw.

Loppers are the finally piece in the garden shear puzzle – that is if you discount pruning saws and chainsaws. They are the tool that is specifically built to handle small tree branches and effortlessly remove much of your larger shrub prunings.

Many loppers work on the same principle as the bypass pruner with the only difference being the length of the handle and the size of the blades. The increased handle size gives greater leverage and puts more power into each cut and while this has been the key for selecting good loppers in the past, its reasoning is far diminishing.
The reason for this is that many loppers are now turning to ratchet or gear powering that allows even more torque from a similar or smaller sized lopper. What once took a super-sized effort to achieve a decent cut can now be made quite simply.

When it comes to performing tasks around the garden there is always a tool that’s better than a multi-tool. If a manufacturer can come up with one that can lop and deadhead at the same time, then they have my full attention. Until then, though, it’s better to have the right tool for the right job.

Planning a Trip to the Nurseries

Stop! What’s in That Mulch? 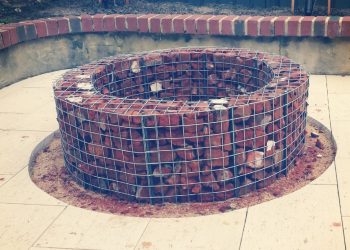 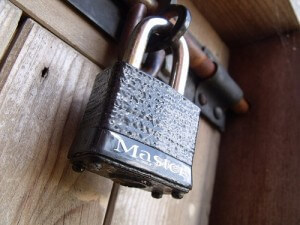 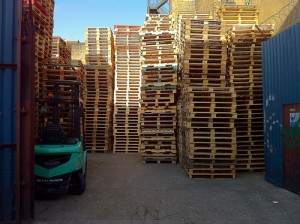 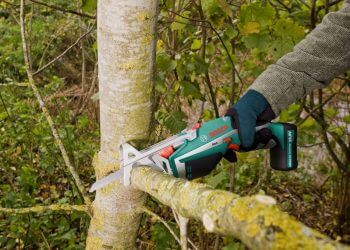 Stop! What's in That Mulch?