What is Advanced Hydroponics? 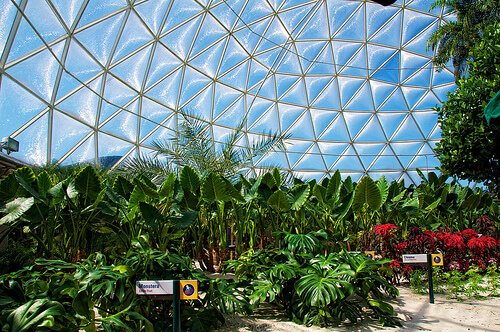 It’s not uncommon to hear about the latest advances in something called “hydroponics” or “advanced hydroponics” on the news nowadays. The technique is hailed as the new generation of farming.

Now exactly what are they talking about?

The technique of hydroponics was first used by Sir Francis Bacon in 1627, who discovered that spearmint plants grew better in less-pure water as compared to distilled water. Eventually, hydroponics was used to grow crops in order to feed members of communities in which there is little to no soil and to supplement crop production. Today, hydroponics has developed into a widely studied discipline and is a standard learning tool for both biologists and botanists.

The advantages of hydroponics include mobility, conservation, stable and high production, and more control. Since there is no soil involved in hydroponics, plants are more easy to move around, resulting in pest and disease control since we now can just move plants away from the source of the problem. Because water is recycled in hydroponic systems, there is conservation of water, which is good for the environment and also reduces costs. Hydroponic systems will yield stable and an extremely large amount of crops because nutrients, sunlight, and carbon dioxide are in plentiful supply, and in addition to the elimination of pest and disease problems, farmers are guaranteed a big harvest every time. Lastly, since the plants are taken out of the natural environment and into a more controlled setting, farmers can manipulate almost every variable so that plants will grow without any problems.

Now that we have a good idea about what hydroponics is, let’s move on.

A such technique is pumping more carbon dioxide into the hydroponics garden. Plants require carbon dioxide in order to grow, and by providing an ample amount of the gas, plants will flourish. Sometimes this option is necessary, especially when growing plants inside a greenhouse or other indoor structure, as plants do not have adequate access to carbon dioxide.

Another technique is manipulating and monitoring the mineral and nutrient content of the water that the plants are immersed in. By increasing amounts of important nutrients, plants will have the ability to grow much better, resulting in an end product that is healthy, nutritious, and plentiful.

Perhaps the most important technique in advanced hydroponics is manipulating the amount of light that plants receive. Without sunlight, plants will not be able to grow well. Many hydroponic farmers will add artificial lights that mimic sunlight in order to expose plants to more light.

It’s easy and relatively cheap to create your own hydroponics garden, and once you get the hang of that, to improve it so that it becomes an advanced hydroponics garden. Start by getting a container, such as a plastic bucket or a flower pot. Drill a hole in the side of the bucket and add a spigot so that you can drain the water when necessary. Purchase a growing medium that supports and lifts the roots of the plant, and then plant your seeds, add your nutrient-enriched water, and you are set!

Once a plant grows, make sure to cycle the nutrient-rich water twice a day so that nutrients will reach all of the roots. While plants can be grown in a greenhouse where temperatures can range from 26 to 40°C, they will thrive just as well in your kitchen window sill.

Enjoy, experiment, and have fun!

Deadheading Your Flowers For More Blooms

Deadheading Your Flowers For More Blooms