Why A Garden Takes a Lifetime to Grow 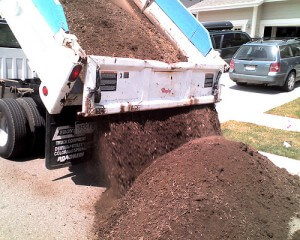 When I first started landscaping my garden I made the assumption that within 12 months or so it would be complete. I knew the trees would grow and the garden beds would take time to fill out but I honestly expected my garden would be done and I could start another project.

Skip ahead ten years and the garden is far from done.

While the trees have grown and garden beds have filled out they’ve created a dimension to my garden that I didn’t expect. The trees, mostly citrus or fruiting, have changed the landscape so much that plants that would once enjoy perfect solar orientation now suffer in permanent shade.

And the garden beds have become an eclectic mix of some plants that grew well, self-seeded and now dominate while the strugglers are still trying to compete for recognition – and nutrients.

But the greatest lesson that I’ve learned is that year upon year the soil improves. We started with a leaching, sandy soil and a decade later the loam is rife with worms, humus and a structure that’s unrecognizable from its former self.

And, after a decade of gardening here I admit my garden’s not much closer to finishing. But, the soil now allows me to grow almost anything I want.

Chia Seeds and How Growing Them May Help Weight Loss

Chia Seeds and How Growing Them May Help Weight Loss